A great year for Cornish food and drink 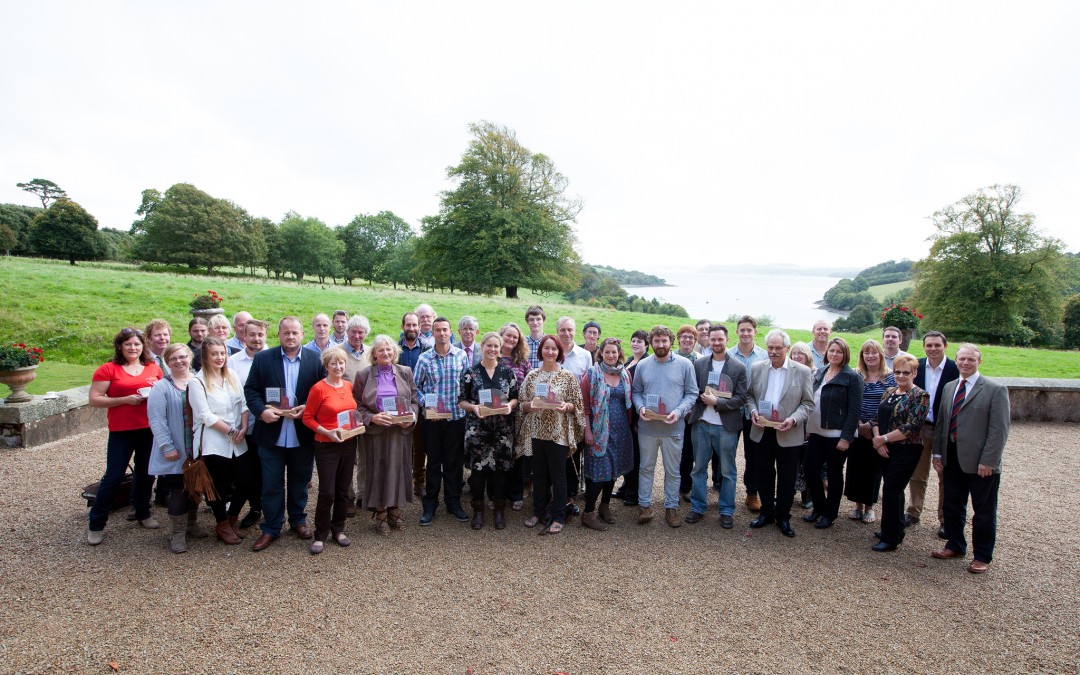 It’s been a fantastic year for the food and drink scene in Cornwall, and we at Cornwall Food & Drink are proud to represent the members that have been blazing the trail and keeping us among the top foodlovers’ hotspots in the UK.

Congratulations of course to the winners and shortlisters of our recent Great Cornish Food Awards – which recognise the businesses going the extra mile when it comes to local sourcing, staff development, marketing, innovation and truly outstanding customer service. You can read all about the winners and the ceremony itself – held at the National Trust’s Trelissick House and including special guests Jill Stein and Jack Stein – by following this link.

The 2015 Taste of the West Award winners were revealed this month, and a special mention goes to those 31 CFD member businesses who achieved Gold, Silver, Bronze or Highly Commended Awards:
You can find the full list of winners here.

The Cornwall Life Awards will be announced shortly, and congratulations to 14 of our members who have been shortlisted – best of luck to all of you for the ceremony on November 26th.
You can find the full list of shortlisted businesses here.

Elsewhere, our members have been rounding up some pretty exclusive individual awards:

On top of their TOTW wins, Kittow’s Butchers in Par were a finalist earlier this year for Best Farming Processor at the Cornwall Farming Awards.

Nancarrow Farm picked up the Duke of Cornwall’s Award back in June at Royal Cornwall Show, and were recently finalists in the British Farming Awards for Family Farming Business of the Year.

On top of their Great Cornish Food and TOTW wins, The Cornish Pizza Company is a finalist in the national Pizza, Pasta and Italian Food awards for both Independent Pizza Takeaway and Pizza Chef of the year. The ceremony is in November – best of luck!

Proper Cornish are rounding up a busy year of award wins having been shortlisted for the Made in South West awards, for the food or drink company in the South West that has made the biggest impact taking into account innovation and use of local produce with commercial success. They were also shortlisted for the Innovation Category at the Baking Industry Awards.

Zacry’s restaurant at Watergate Bay was a finalist at the SBID International Design Excellence Awards for best restaurant design, and for the Trenchermans’ Award for Creativity and Innovation 2016.

Get Fruity Bars have had a busy year, having been shortlisted for a Quality Food Award, due to be announced in November. Their Moist Mixed Berry bar recently took the top spot in the bar category at the Free From awards and their Juicy Apricot, Orange and Ginger bar attained three stars at the Vavista awards.

Camel Valley Pinot Noir rose brut won Gold in the World Champagne and Sparkling Wine Awards and Gold in the International Wine Challenge. Their full list of 2015 awards is here.

Cornish Orchards have had an exciting time of it this year with the following awards: Finalist in Cornwall Life Food & Drink Awards 2015- Best Drinks Product of the Year category. Sam Trubshaw won UKWA Young Employee of the Year 2015 in July. Gold medal and Bronze medal at the International Cider Awards in May. Castle Rock Brewery awarded our Vintage Cider with Cider of the Year 2014/2015 in February  -Phew!!!

Crantock Bakery are finalists at the 2015 Quality Food Awards (award ceremony takes place on 5th November) for their baked chilled pasty and dip in the Pasties, Quiche and Sausage Roll category.

Warrens Bakery reached the final of the Craft Business Award for the Baking Industry Awards.

Trewithen Dairy won the prestigious Gold Award from The Grocer for SME Brand of the Year, and has also received a ‘Highly Commended’ at The Grocer New Product Award this year

Prima Bakeries were successful at the World Pasty Championships in March 2015, They came first in the Open Savoury Category with their Peppered Steak pasty and second in the Traditional Cornish Pasty category.

The Square restaurant in Porthlevem were awarded a Bib Gourmand last month.

St Austell Brewery had one heck of a great year, with a list of awards as long as your arm for their beers. Amongst the highlights were: Gold for Admiral's Ale at the World Beer Awards, Gold for Clouded Yellow at the International Beer Challenge, and Overall Champion Gold for Big Job at SIBA SW.

Lastly, we’d like to give ourselves a little pat on the back, as the Great Cornish Food Festival has been shortlisted for Tourism Event of the Year at the Cornwall Tourism Awards. Wish us luck! We’re up against some stiff competition, and are incredibly proud to have reached the top 3 – the winners will be announced at a ceremony on the 12th of November.

Huge congratulations to everyone who has put themselves up for an award – whether or not you win or are even shortlisted, you help keep Cornwall on the map as THE place to find incredible quality, gorgeous products and fantastic businesses.

Get in touch if you run a food and drink business in Cornwall and would like some help with crafting an awards entry – it’s what we’re here for and we’d be happy to help!